In 2019, the MAMD celebrates its 25th anniversary. This was an occasion for Grand Master Wolfgang Schnur to invite guests to a small ceremony. This included the dojo leaders, insructores, coaches but also long-time companions with their loved ones.

The celebration began with a round of welcoming champagne. GM Wolfgang thanked everyone for their appearance and their long lasting loyalty to the MAMD organisation as well as their efforts to advance the association and the martial arts.

The Dojos had come up with a little surprise. Money was collected and GM Wolfgang received a voucher for his regular restaurant. Wilfried, who presented the voucher, thanked in the name of all for the work of GM Wolfgang.

After dinner, one or the other topic was discussed in relaxed discussion rounds. Torsten Z. and Torsten K. from Leipzig had a personal gift for GM Wolfgang. A large bar of chocolate with a dedication as a thank you for everything they learned from him.

Late in the evening the guests said goodbye one by one. Only those who stayed the night in the hotel sat together with GM Wolfgang even longer. But at some point this round was over as well and everyone went to sleep.

The next morning GM Wolfgang appeared with his wife to have breakfast together with those present. Afterwards everyone went home.

It was a very nice celebration and we would like to thank Grand Master Wolfgang for everything we have received through him. 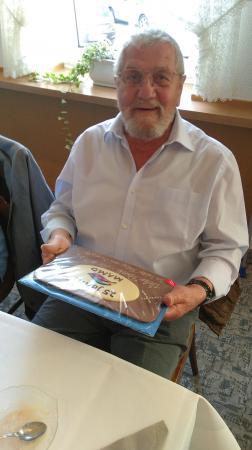 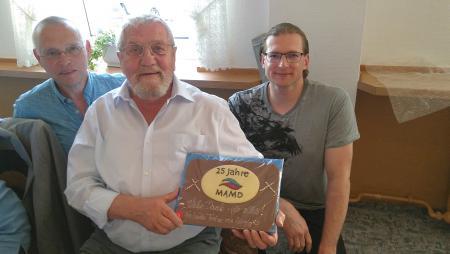 Back to reports
Year
2019
Author of the text
Torsten Zumpf